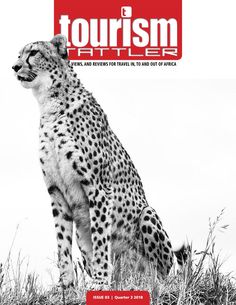 This issue is all about wild Africa, from a balloon safari over Tanzania’s Ruaha National Park to iconic experiences in South Africa. In the conservation section, we explore the plight of Africa’s endangered cheetah, while the hospitality section features the new uMfolozi Big Five Game Reserve and a review of Aquila Game Reserve. 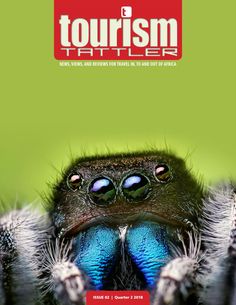 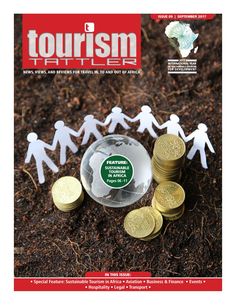 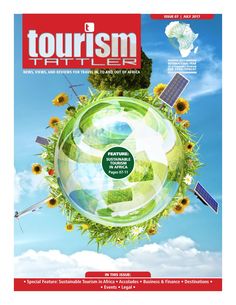 The August edition is all about travel destinations - from eco-friendly properties to sustainable tourism solutions and award winning World Luxury Spas and Restaurants - we’ve plotted 100 worthy places to visit in our Incredible Journey road trip route through South Africa, we travel to Kenya to discover luxury experiences, and visit Zimbabwe’s premium travel expo in Bulawayo. In the Business & Finance section, we provide the latest tourism statistics for South Africa and globally, explore… 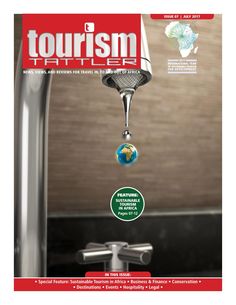 Sustainable Tourism makes business sense as our eco-friendly hotels, lodges, attractions, and tour operators featured in this, and in past editions, can testify to. Just read how Lalibela has impacted on the Eastern Cape’s economy to see what I mean. 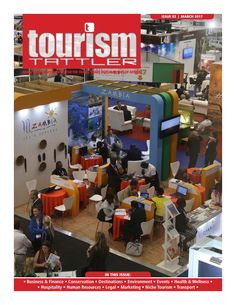 As the March front cover indicates, this edition focusses on B2B travel trade shows in South Africa. We investigate the (as yet) unanswered question: Does the tourism industry in South Africa benefit from the concept of B2B trade shows, and if so, is the presence of two major travel trade shows in an emerging market sustainable? (see pages 18-19) and we launch the Hotel Show Africa 2017 and the Pan-African Health Tourism Congress 2017. 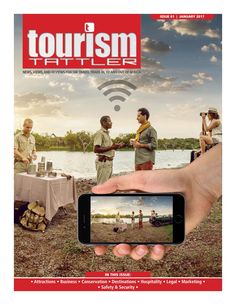 Our January front cover features a typical sundowner scene while on safari in South Africa. A Big Five safari is all about the sightings and experiences and sharing the thrill of these experiences with friends and family on social media is what travellers do. But internet connectivity at game reserves can be sporadic, if available at all. So how important is WiFi access as a key facility to influence traveller destination decisions? Our feature on page 08 finds out. 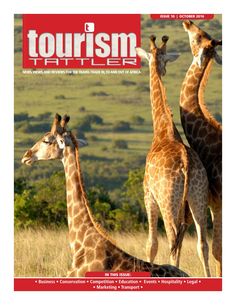 Our October edition front cover features a tower of South African giraffes recently released at Lalibela Private Game Reserve in the Eastern Cape as part of their extensive game repopulation project (read more on page 10). As of 2016, a maximum of 31,500 southern giraffe (Giraffa giraffa) remain in the wild, with around 45 kept in captivity (zoos), while the total giraffe population worldwide is approximately 90,000 in the wild, with around 1,144 in zoos. 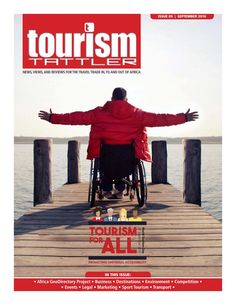 September is Tourism Month, and World Tourism Day on the 27th celebrates Accessible Tourism under the UNWTO theme of ’Tourism for All’. This edition includes editorial on Accessible Tourism Etiquette (page 6), a Thought Leadership article on Linking the Tourism Chain (page 7), Visas in Africa for African Travellers (page 12), Exploring Antigua Resorts (page 16), The War Against Alien Invasive Trees and Lalibela Game Reserves' efforts in this regard (pages 18-21), the IIPT Global Peace Park… 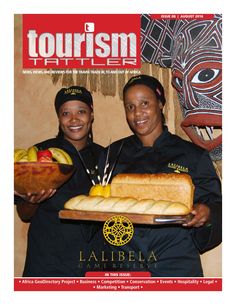 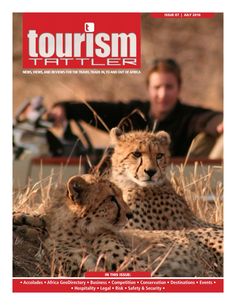 The July edition front cover features a pair of cheetah at Tintswalo Safari Lodge in the Manyeleti Game Reserve in Mpumalanga, South Africa (see page 11). Classified as vulnerable by the International Union for Conservation of Nature (IUCN), the che... 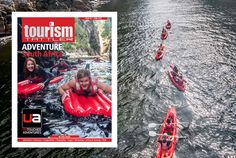 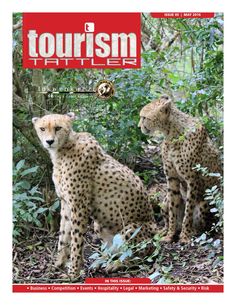 The May edition of our front cover features a pair of young Cheetah at Inkwenkwezi Game Reserve (Inkwenkwezi means ‘Star’ in isiXhosa). Three cheetah cubs were rescued from a Game Reserve near Port Elizabeth after their mother was killed, and Inkwenkwezi volunteered to adopt them. The cubs were hand reared, and are kept inside an expansive enclosure where guests are able to interact with them under the close supervison of their care takers. Although the cheetah have been habituated to human… 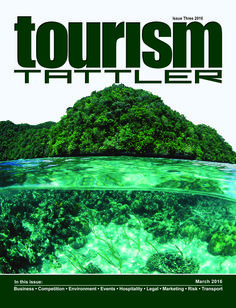 The March 2016 edition features Environmental Tourism and the global impact that this form of tourism has on environmental conservation. 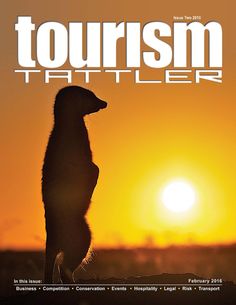 Our February cover features a meerkat (Suricata suricatta) recharging her solar-panel-like belly as the African sun rises over the semi-arid Klein Karoo scrubland of De Zeekoe farm in Oudtshoorn, South Africa (read more on pages 13 and 21 in this edition). 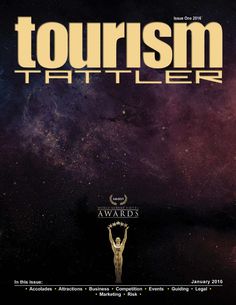 Our January 2016 cover shows an image of the universe – an appropriate metaphor for the 2015 Luxury Hotel Awards winners – each of whom have attained stardom in their respective fields of recognition (see our Accolades story on pages 07 to 09). Plus informative content for the Travel Trade on Business, Events, Legal, Marketing and Risk issues.