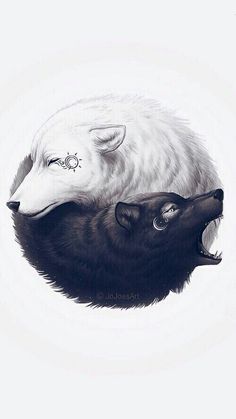 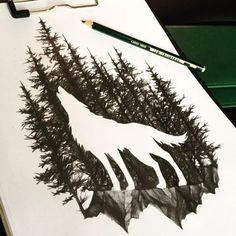 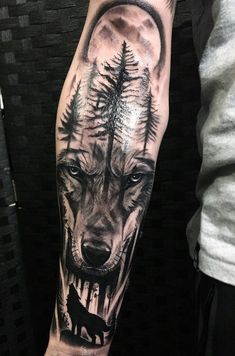 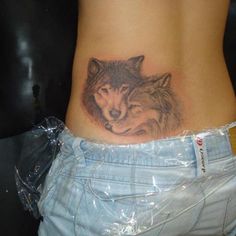 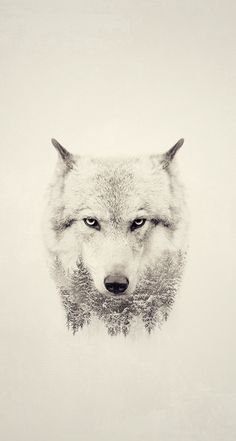 I love the intensity of this wolf's gaze and the forest in its mane. 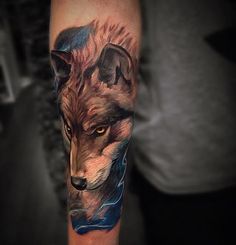 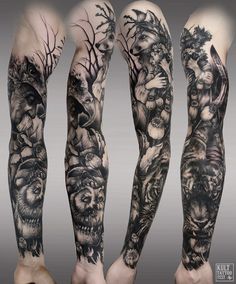 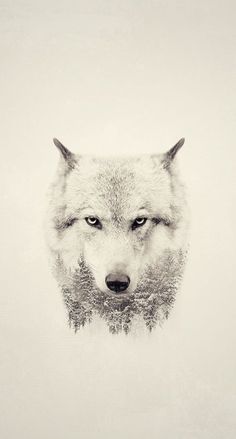