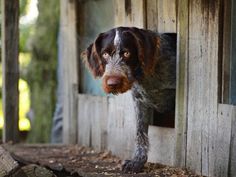 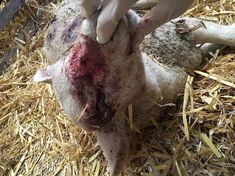 AN Otley man has been ordered to pay more than £800 in compensation after his young dog killed four lambs.

EUGENE, Ore. - A teenager took her chihuahua to the dog area at Candlelight Park last weekend and, little did she know, it would be the last time. Tank, a 5-year-old chihuahua, was attacked by a dog described as a husky mix. Tori Carlson and her boyfriend brought their dogs to Candlelight Dog Park when they say a man entered the park with three dogs, including the husky mix who showed interest in Tank.

Attorneys on both sides of an infant death case told a Weld County jury Tuesday night they can expect to hear a lot of testimony from medical experts in the trial of Edward Berdan. Berdan,... 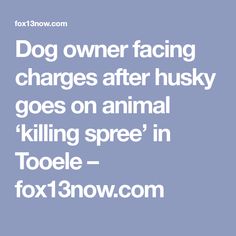 Police in Arvada want your help to find a dog handler who is seen leaving a restaurant after a dog believed to be hers bit a woman in the face. 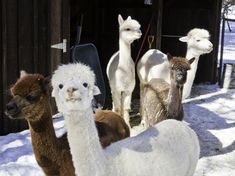 LAKESIDE — Abandoned dogs that become feral and wandering in packs are killing livestock according to two Navajo County homeowners. 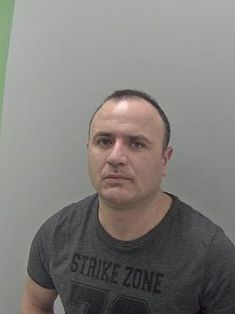 A DOG that attacked two people in Worcester city centre has been saved after the victims asked magistrates not to order the husky to be killed.

A pregnant delivery driver is considering taking legal action against a dog owner after she was bit twice on their property. Emily Myrick works as an Amazon Flex driver. She's also nine months pregnant. On Sunday afternoon, she was delivering a package to a Washington County home on Old Cornelius Pass Road. Myrick says she approached the home with caution, as she says she always does. She says she noticed a sign posted on the home's garage door warning of a dog. 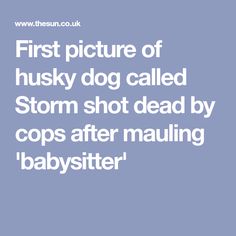 Cops descended on the Birmingham home in the early hours of this morning, with the owner being interviewed 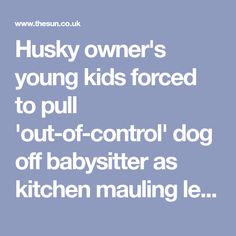 TWO young kids saw an “out-of-control” devil dog mauling their babysitter and tried to pull it away before it was shot dead by cops, their grandad revealed today. The boy of seven and h…

Dog attack leaves owner with bites "all over his body" 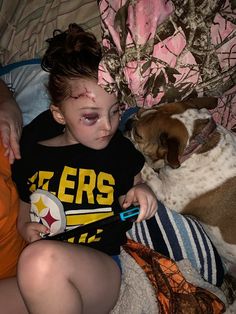 A Christmas surprise turned horribly wrong for this loving family.

Shadyside man hospitalized after an attack by his own dog

A Shadyside man was hospitalized after being attacked by his own dog. Shadyside police said the man's Australian Shepherd turned on him, leaving him severely wounded. "Officers arrived on scene and found a man had been mauled by his own dog,” Shadyside officer Dan Napolitano said. “He had bite marks all over his body. "The incident happened around 11 p. m. on Thursday. Police said when the dog got into the trash, 61-year-old James Mann batted him with a Styrofoam plate.