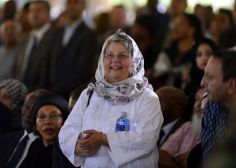 HuffPost is now a part of Verizon Media

"We have to form a broad, mass democratic alliance here to take on the forces of evil, and the rogues, and the thieves." 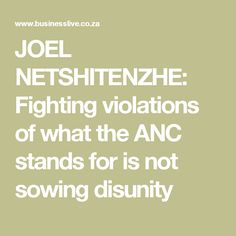 JOEL NETSHITENZHE: Fighting violations of what the ANC stands for is not sowing disunity

Joel Netshitenzhe: 'There are steps the party can take and they include reopening debate on the president’s resignation or recall' 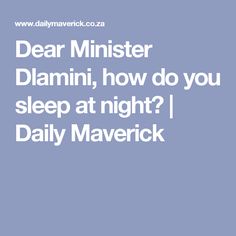 Dear Minister Dlamini, how do you sleep at night?

One of the most significant clauses in the Constitution of South Africa is the mandate that the state provide social grants to the country's most poor and vulnerable. The South African Social Security Agency, which is tasked with this mammoth job, has accomplished much in the ten years it has f...

So here’s the thing about white people in South Africa trying to organize protests: our mobilization efforts only emerge when our privilege is under threat. When white capital is on the line. ... 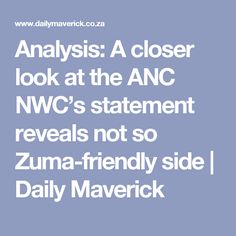 Analysis: A closer look at the ANC NWC’s statement reveals not so Zuma-friendly side

After four days of late-night announcements, angry press conferences, furious statements, and leaked speeches, it was time for the first major ANC structure to meet to discuss President Jacob Zuma, and the reaction to his factional reshuffle and removal of Pravin Gordhan from the Finance Minist... 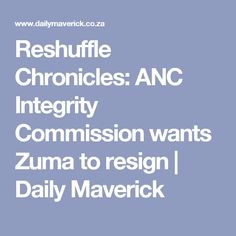 A letter signed by ANC Integrity Commission Chair Andrew Mlangeni will be delivered to ANC Secretary-General Gwede Mantashe on Monday calling for an urgent meeting with the party's top officials. Mlangeni said the Integrity Commission is “deeply perturbed” by President Zuma's decision to re... 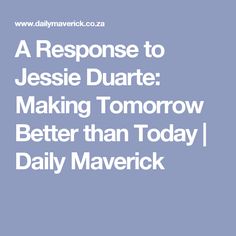 A Response to Jessie Duarte: Making Tomorrow Better than Today

The outpouring of emotion at the funeral of Struggle stalwart Ahmed Kathrada brings into sharp focus just how far the ANC has slipped since December 2007, when Jacob Zuma became its leader. Once a glorious liberation movement that was able to comfortably occupy the moral high ground, the current state of degeneracy of the leadership suggests that there is, as Jessie Duarte suggests, a need to shine some light into the dark corners of the soul of the ANC. 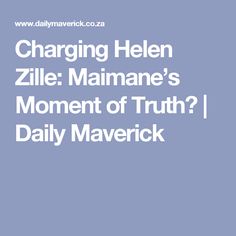 Nearly unanimous was the decision to charge Western Cape Premier Helen Zille with bringing the DA into disrepute, deliberately acting in a way that negatively impacts the party and publicly opposing the party’s principles and published policies. DA leader Mmusi Maimane on Sunday announced the decision of the party’s federal executive taken earlier in the day after a preliminary probe. Some two weeks ago he complained about Zille’s tweets about the positive legacy of colonialism following a… 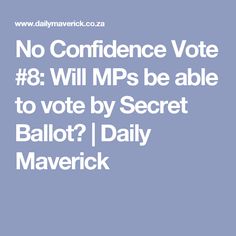 No Confidence Vote #8: Will MPs be able to vote by Secret Ballot?

There have been seven motions of no confidence brought against President Jacob Zuma since 2010. While one of these was withdrawn, in all of the others ANC MPs have toed the party line. Also, none of these previous votes has been conducted via a secret ballot. On Sunday Speaker Baleka Mbete said that current parliamentary rules did not allow for a secret ballot and that the matter would need to be debated later before the rules committee. But is this the case? The ANC often invokes a 2015… 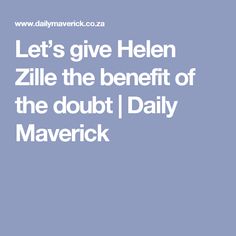 Let’s give Helen Zille the benefit of the doubt

Let’s not lambast those whose intentions were good but whose communication was less than optimal. Let’s demonstrate some understanding if Helen Zille, whose credentials as a journalist, activist and politician speak volumes, was moved to compare our static growth with Singapore’s stellar achievement. 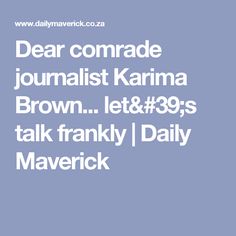 It's been a long journey for you since the days when you were a junior producer of AM Live on SABC Radio. As a spin-doctor, I always admired your professionalism when going about getting your story and turning it into riveting radio. 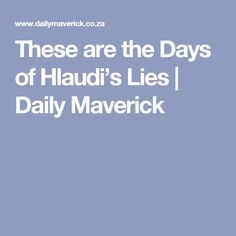 These are the Days of Hlaudi’s Lies

The apparent never-ending soap opera triggered by the emergence of Hlaudi Motsoeneng as the most powerful and feared (if not necessarily the most educated and competent) person at the South African Broadcasting Corporation (SABC) took another dramatic legal turn yesterday when the Western Cape High Court ruled that Motsoeneng may, for the time being, “not hold any position at all at the SABC”. This means that the court ordered the suspension of Motsoeneng as an employee of the SABC and that… 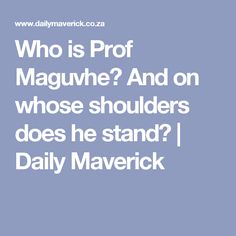 Who is Prof Maguvhe? And on whose shoulders does he stand?

The MPs that SABC chairman Professor Mbulaheni Maguvhe will confront in Parliament at 16:00 today (Tuesday December 13) are like no body the country has ever seen – as united as it’s possible to imagine in the belief that the SABC has been subject to state capture so severe that emergency triage is needed just for the public broadcaster to survive. 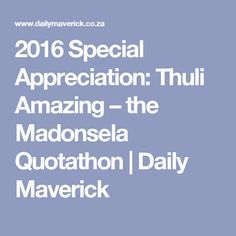 2016 was the year we lost David Bowie, Leonard Cohen and Alan Rickman, and gained US President Donald Trump. It was a year in which, locally, we got a lingering and malodorous whiff of some of our deepest cesspits of corruption. But it was also the year in which Advocate Thuli Madonsela delivered some of her best-aimed punches. Her tenure has been described as a “seven-year legal masterclass”. Here, in her own words, is former Public Protector Thuli Madonsela. By MARELISE VAN DER MERWE. 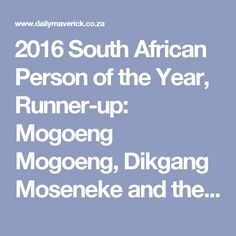 If there’s one institution still functioning as it should, upholding the values to which our Constitution aspires, and setting the example, it is the judiciary. It is probably the last institution in this country in which people have hope. It produces the last people to which you can point your children and say “be like that person”. This has been a difficult year for judges. Political fights that should be settled in the political domain have come before them. And each time our judges have… 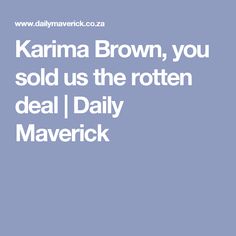 Karima Brown, you sold us the rotten deal

An open letter to Karima Brown.