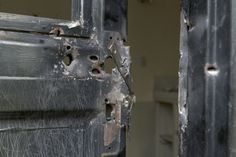 The U.N. faces intense scrutiny in South Sudan after failing to stop a brutal attack on foreign aid workers

U.N. peacekeeping missions have a mandate to protect civilians at all costs. Why have they failed time and again in South Sudan?

The naira is worth half of what it was in June, and airlines are struggling with jet fuel costs. 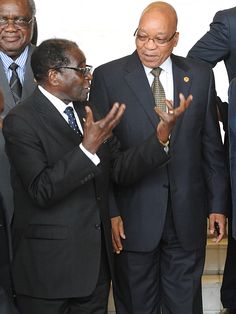 President Jacob Zuma was in Zimbabwe on Thursday in what proved to be a welcome respite from his domestic woes – and a chance to renew his budding friendship with his Zimbabwean counterpart. By SIMON ALLISON. 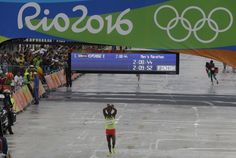 Ethiopia’s Feyisa Lilesa won an Olympic medal then protested his government. Can he go home?

The Ethiopian government has said it will not punish Feyisa Lilesa upon his return. But many in the Ethiopian diaspora are worried. 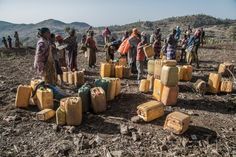 Like many of its neighbors in the region, Ethiopia has some issues with freedom of expression and is very keen about how it is perceived abroad.

The United Nations Commission on Human Rights plans to visit South Sudan and Ethiopia in September to hold meetings with government officials, opposition leaders, civil society, citizens, intergovernmental organisations and regional leaders. The Commission decided on the visit following the violence, which broke out in South Sudan several weeks ago, between supporters of South Sudan President Salva Kiir and supporters of First Vice President Riek Machar, claiming over 300 lives. 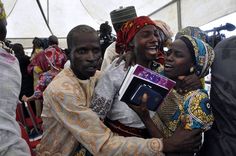 Parents met their daughters for the first time after more than 2½ traumatic years in Boko Haram captivity. 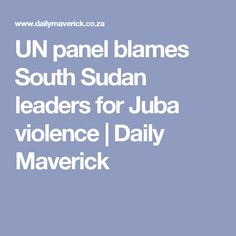 by Carole LANDRY A UN panel of experts has concluded that heavy fighting that engulfed South Sudan's capital Juba in July, forcing vice president and ex-rebel leader Riek Machar to flee, was "directed by the highest level" of the country's military.

Uganda’s parliament has called on Kampala’s foreign affairs ministry to protest the mistreatment of two Ugandan legislators while they were in Kenya recently. The two legislators were stopped by Kenyan police who demanded bribes, the Daily Monitor reported on Friday.

Both SADC and the African Union have been silent on Hichilema’s arrest, as has the South African government.

Foresight Africa: Top priorities for the continent in 2017

In this year’s Foresight Africa, the Brookings Africa Growth Initiative scholars and outside experts explore six overarching themes that provide opportunities for Africa to overcome its obstacles t…

Nkosazana Dlamini-Zuma never looked like she wanted the African Union job, and she won’t be sad to see the back of it. The feeling, however, is mutual. Dlamini-Zuma did little to enhance her reputation during her time in Addis Ababa. In an in-depth feature, SIMON ALLISON looks at what went wrong, and why the dice were loaded against her from the start.

DRC: Kabila cracks down – and will probably get away with it

There was blood on the streets of Kinshasa on Monday as police cracked down on an anti-government rally. But neither the deaths of protesters, nor the ongoing “national dialogue”, will do much to dissuade President Joseph Kabila to step down at the end of his second term in office in December. By SIMON ALLISON. 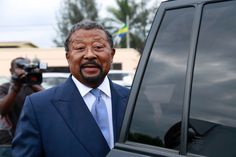 Despite serving the dynasty and even marrying into it, Jean Ping is hoping to unseat the Bongos once and for all. 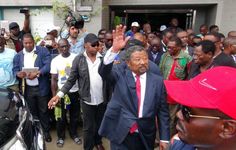 Gabons main opposition chief has already claimed election victory before the results have been released.