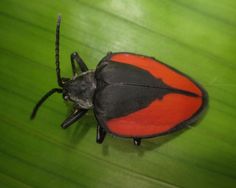 A forest full of beetles: an interview with bug researcher Caroline Chaboo

Beetles are everywhere. Of the roughly 1.5 million species described so far, beetles account for around 400,000 species, making them the most species-rich group known in the world. In contrast, birds account for only around 10,000 of all described species, while only 5,600 of all known species are mammals. Beetles are incredibly adaptable and diverse. […]

With a taste for palm hearts and up for battle, the invasive weevil has invaded So Cal and appears eager to spread. 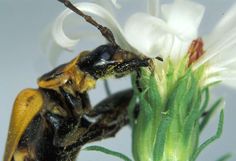 A creepy fungus can turn the goldenrod soldier beetle into an infectious zombie that spreads the fungus to new hosts. 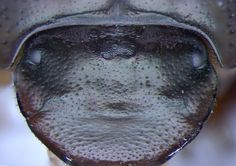 Baby beetles with three compound eyes, one in the center of their heads, are teaching scientists something about how new facial traits evolve.

See how a gruesome fungus turns a beetle into a zombie.

Here's a small word of advice; if you happen to be an adult beetle on the lookout for a date, you might want to start with a conversation before getting hot and heavy.

A Darwin's beetle fights rival males, tossing them to the forest below using his immense jaws.