According to an old map there were five 'stops' between Three Anchor Bay and the end of the line. This looks like the 'main'station where the present day swimming pool is. Confirmation would be appreciated. 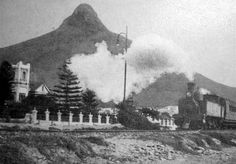 Taken in the region of St Johns Rd.

Taken in the region of St Johns Rd. 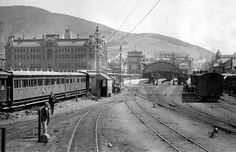 When downloading and publishing, please credit 'Hilton Teper' as the source. Acknowledgement in respect of all the images - except where otherwise stated - is to SAR&H.

Shares It is so cool to be able to see how Cape Town’s iconic scenery looked like before I was even born! Let’s take a look […] 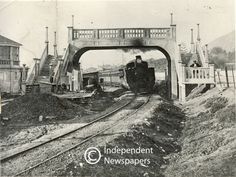 The old Sea Point train which used to run from Monument Station at the foot of Adderley Street along the Beach Front to the terminus near Queen's Road, is here seen passing under the bridge which took pedestrians to the old pavilion which was later demolished. Its tea room is seen on the left. The return fare from Cape Town to Sea Point on this train which was opened in September, 1892, was only 9d. This railway closed down on April 1929.