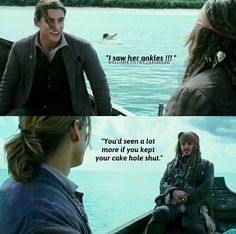 This part of the trailer made me laugh so hard! 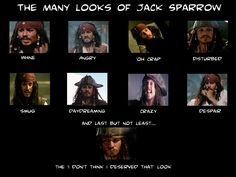 But a Tumblr user posted this deleted scene along with a bit of fan theory, painting Jack Sparrow in a whole new light.

The scene, which is from Pirates of the Caribbean 3: At World's End, explains that Jack was employed by the East India Trading Company when the villainous Cutler Beckett told him to transport 100 slaves on board his ship, the Wicked Wench. Jack refused, so Cutler burned his ship and branded him a pirate.In order to get his ship back, Jack struck a deal with Davy Jones. Thus, the Black Pearl was born. 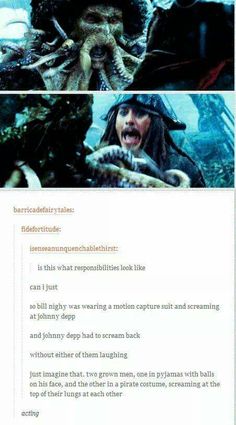 Pirates of the Caribbean- Wow. Just...wow. 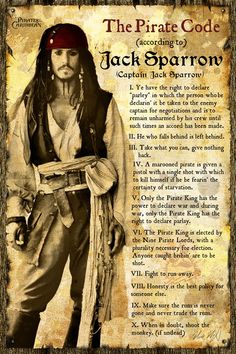 Pirates of the Caribbean on DisneyFreaks - DeviantArt

Pirates: The #Pirate Code (according to Captain Jack Sparrow). More 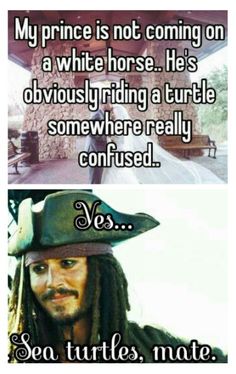 Jack the prince <3 ~Pirates of the Caribbean~ 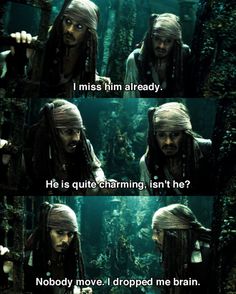 Looking for pirates of the caribbean quotes? you are at the right place. this blog will post quotes from all four of the movies. if you would like to see any quotes that i havent put up, send me a... 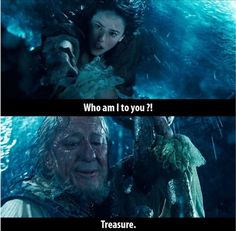 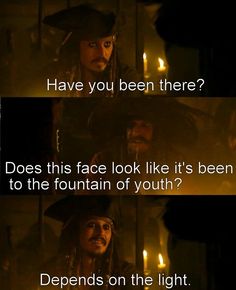 "Have you been there?" "Does this face look like it's been to the fountain of youth?" "Depends on the light." 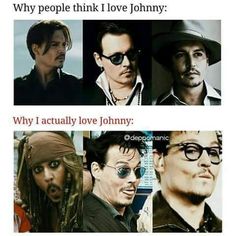 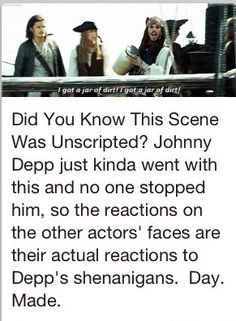 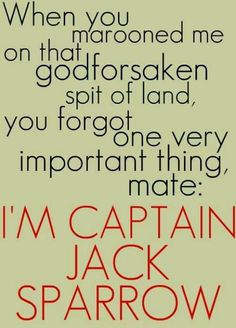 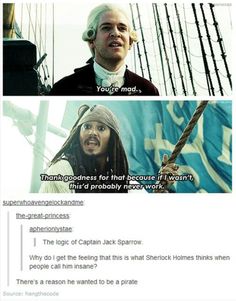 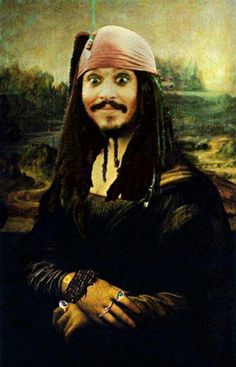