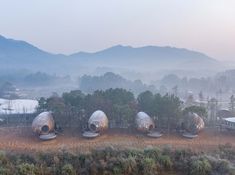 When this project began, the client wanted the buildings to be designed based on a form found in nature. Instead of creating merely imitative forms, however, we focused on developing the spatial experience by staging views and establishing the relationship between the structures and their surrounding environment. Eventually, four houses, the Seeds, were constructed. They seemed to arise from another dimension, looking nothing like we had originally planned. 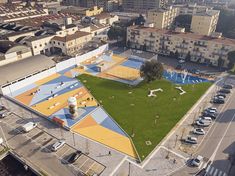 The Playground MacroLotto Zero Prato is one of the main reuse interventions planned in the broader urban regeneration project “P.I.U. Prato”, involving the area of Macrolotto Zero, a “factory-city” urban fabric, a territory highly exploited for residential and productive purposes, with no public spaces or services. 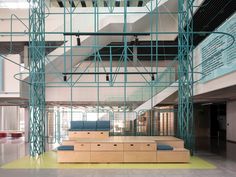 The challenge of the refurbishment of the Business Faculty at the University of Mondragón in Oñati (Gipuzkoa) consisted of adapting the existing spaces to the needs of the users and to current learning methodologies. For this, we devised a participatory design process including all the parties involved (students, teachers, and administrative staff) to define a Strategic Design Brief for the building. The existing traditional classrooms were transformed into open, flexible, and conn

The most recent addition to the 105-acre Enchantment Resort in Sedona, Arizona was designed with the mountain biker, hiker and nature lover in mind. The resort is set in Boynton Canyon, a red-rock box canyon nestled in the Coconino National Forest, providing a stunning base camp for outdoor adventures. To respond to the natural beauty of the site, Gluckman Tang Architects worked with the resort to create Trail House, a 4,000 SF activity center which serves as the gathering point for resort… 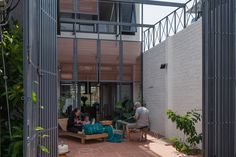 The house is located in a new resettlement area in Nha Trang, which is a coastal city with white sandy beaches and clear waters. In addition, Nha Trang is well-known for fisheries that are a part of factors in Nha Trang’s economy after tourism, however, this place is facing the problems of the country like losing the traditional careers because the urbanization is growing sharply. 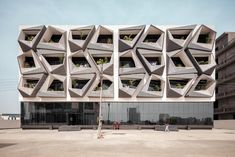 Located in sec 82 Mohali, a grooming industrial area, this project is a commercial building owning a major focus on being leased out for offices or display centers in the corporate arena. It was a demanding job to do these two south east facing plots into something that lets happy vibes to everything and everybody around and furthermore , be such a stand that inspires the projects in prenatal state to be of a statute similar , thus , bringing class and pep to the otherwise mundane - grey… 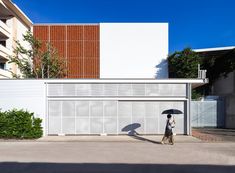 TROP Office is a landscape designers' office located around Ladprao area, Bangkok. It started from the idea of a new adjacent working box next to the old office building to expand the office space. The architect conveys the characteristic of the office by portray it through the building form and space. The white empty box filled out with function and landscapes harmoniously revealing the main protagonist of the building which is nature. 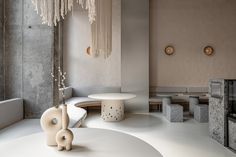 The name “Istetyka” is a combination of two Ukrainian words — to eat and aesthetics. The aesthetics of ready-to-eat food is the main message of the eatery traced in the interior of the space and the dishes served. The owners sought to change the attitude to fast ready-to-eat food — turn ordinary into a ritual, food into an experience. 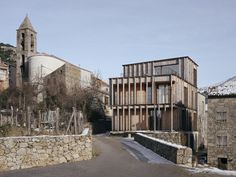 The project at hand is the rebuilding and reorganisation of a ruin in the small village of Cristinacce, Corsica, to create three city-owned apartments. The project follows three axes: 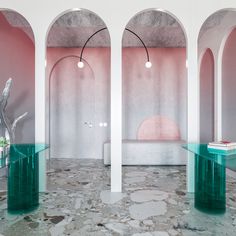 Reconstruction of a small creative office in a 19th-century building. This is the former Tsarist factory for the production of weapons. After the revolution and the Second World War under the USSR, a scientific and technical complex was placed here, and in the future, this place was completely abandoned, turning it into an old office center. 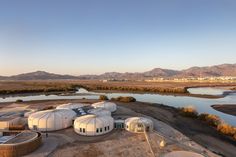 Situated on one of the most sensitive and biodiverse nature reserves in the Gulf, the Khor Kalba Turtle and Wildlife Sanctuary comprises a cluster of rounded building forms that creates a sanctuary for rehabilitating turtles and nurturing endangered birds, connecting with local initiatives and expertise. 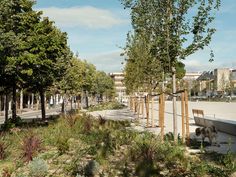 The square is located in the urban epicentre of Collado Villalba and it is pivotal for the public use of the municipality. However, it was a rigid space detached from its surroundings due to the road traffic circulation and the perimeter parking, as well as its lack of uses and its harsh design. The square was a mere asphalt terrace devoted to hosting the weekly market, containing almost no green or rest areas. 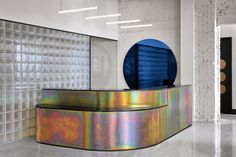 What used to be two separate spaces used for a Jiu Jitsu gym and a beauty salon has now become home to the first Spacial office space. Located on the second floor of an 8000 square foot building on Wellington Street, this new coworking space is directly connected to the busiest part of the Verdun neighborhood of Montreal. 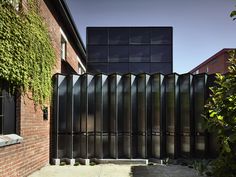 Powell Street House occupies a compact site in the side streets of South Yarra, in a pocket characterised by a visually diverse streetscape. The existing 1930’s brick duplex in a restrained Art Deco style, comprised a ground floor and first floor apartment, each sharing the same floor plan, and each with its own external access. 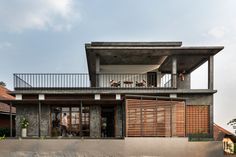 This cozy Estate House is designed for Mr.Sendhil Narayan (Faith Estate) in his coffee plantation at a small village ‘Kutta’ in Karnataka. This weekend retreat has a breathtaking view of the Western Ghats from the first floor. 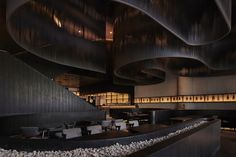 Located in the heart of Jakarta’s Central Business District Issei is a casual Japanese restaurant by day and sake bar by night. The design is inspired by organic pattern of natural landscape. This idea is translated into free flow curvatures that are applied into the geometry of the seatings and hanging screens. The main dining area is characterized by its double height ceiling space filled with large curvy hanging screens. These semi transparent screens are coordinated with the geometry of…